Ideal for visiting islands like Brač, Hvar, Vis and Šolta 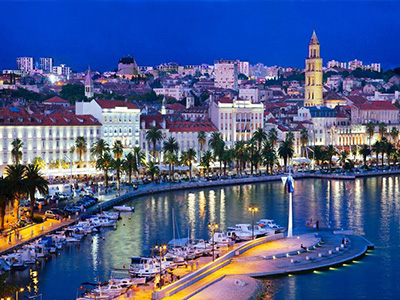 Split is the second biggest city in Croatia, with a little more than 200,000 tenants, and is the biggest city on the Adriatic coast. Combined with its solid history – it rose up out of a settlement around a royal residence worked by Roman ruler Diocletian, and the city was additionally imperative inside of Yugoslavia – this energetic city beyond any doubt is justified regardless of a visit, however concise.

Diocletian Palace is a standout among the most critical unique structures of the late antiquated design, a sort of an Imperial Palace that was enrolled in UNESCO’s World Heritage. Seeing as it’s something of a vehicle center – with extraordinary air, transport and ship connects (and even some train administrations) – will undoubtedly wind up here sooner or later on your goes in Croatia. While waiting to embark on your yacht, check out Split old town, with attractions like Saint Duje cathedral, Diocletian palace or Trogir town.

Places to visit, and things to do